Let’s learn about where you can buy the best sour diesel cannabis seeds online!

Our team has years of experience growing cannabis as well as testing different cannabis seeds and growing equipment. Over the past few years, we have tested sour diesel seeds from many different seed banks across the world. There are some seed banks such as ILGM, Seedsman, or WeedSeedsExpress that are much more reputable compared to other brands. The most important thing you can do for your next grow is to only use cannabis seeds that have a proven track record of success.

Below is our recommended list of the best sour diesel seeds on the market:

Crop Kings has a great history of providing their customers with amazing results and also great customer service. Their autoflower sour diesel seeds offer any easy growing experience that is great for beginners as well experienced growers.

If you are looking from feminized sour diesel seeds then purchasing from Crop Kings is a great option! They provide a high level of yield with an easy growing experience that is a perfect mixture of both worlds. We highly recommend their sour diesel seeds!

The sour diesel cannabis strain is known as a sativa hybrid strain that comes from Super Skunk but can also be mixed with many different strains of cannabis. Sour Diesel is known for its high energy psychedelic impact on individuals but also its potent aroma and smell. Sour diesel is one of the most popular strains around the world and is also referred to as a “cash crop” because of its high yield, worldwide popularity, and selling price.

Since the sour diesel seed is predominately a sativa, this means the plant will grow taller compared to other strains. Sour diesel can be difficult to grow because of how tall and lanky it grows and can be difficult for beginner growers to manage. It is important to focus on pruning and managing the height of the plant, especially if you are growing indoors or in a greenhouse.

How Difficult Is It To Grow Sour Diesel Seeds?

Sour diesel can be considered a moderate difficulty for growing. It is more difficult compared to other strains because of the requirement to manage the height and size of the grow. But we believe it can still be done by beginners if they use autoflower seeds instead of feminized seeds. More experienced growers can use feminized seeds for a higher overall yield, but this will require more expertise and work from the grower.

Sour diesel seeds can be grown indoors or outdoors but we typically recommend growing it outdoors or in a greenhouse because of how large they can grow. It can be difficult to grow sour diesel indoors if you have limited space such as only using small planting pots. Sour diesel requires a large amount of soil and space in order to fully grow. If you grow it indoors in a space pot it can stunt the growth of the cannabis plant because it doesn’t have enough room to grow into.

Can Sour Diesel Be Grown In Any Climate?

Sour diesel seems to grow the best in mild to warm climates that range from 65 to 85 degrees Fahrenheit. However, we have seen sour diesel grown in a wide range of climates and weather patterns. If you are growing indoors or in a greenhouse you will much more flexibility with the weather which can allow you to grow sour diesel all year round.

Find the best seeds for your climate by checking out our guides below:

No matter how the strain was actually founded, all we know is that sour diesel is one of the most popular strains in the world and one that we highly recommend you grow during your next growing season! 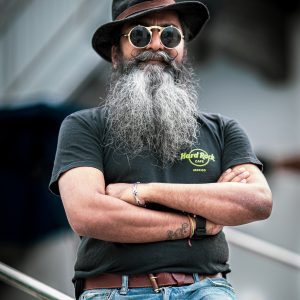 Jared has been involved in the cannabis growing industry for more than 40 years. As an expert in growing cannabis seeds he has been featured on websites such as Cannabis Wiki, MJ Biz Daily, High Times, Leafly, Forbes, and more! Read more about Jared Garner & Kind Seeds